Here is our Week #1 project from One Month to Win It!
The Theme was: Preserving a Memory
My Grandmother had all of these awesome old pics,
but she had no idea WHO they were
except that they were our ancestors.
I didn't want them to end up in the trash.
I knew that I wanted to use them and preserve them in some way. 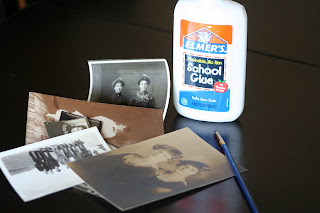 I was out at a garage sale and found this already repurposed cabinet.
The man at the sale kept telling me he made it.
I thought he was crazy until I realized that it used to be an
old TV console with the tv removed and shortened.  It was only $3.
He was so proud of it, I don't think he really wanted to sale it.
It had a lip on the top of it so I knew that it would be perfect for the project.

This is probably what the cabinet originally looked like. 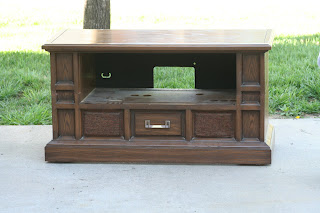 Here is where the original cabinet was shortened. 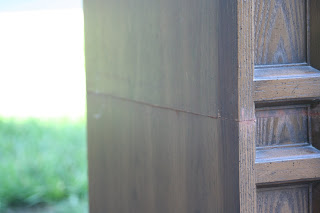 I removed the speakers and replaced with some wood panels. 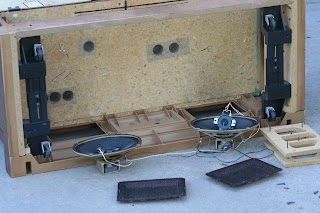 I then painted the entire cabinet black.
I gathered all the pictures and began putting them into place. 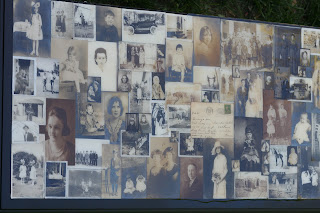 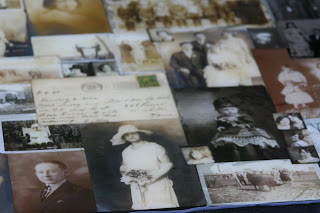 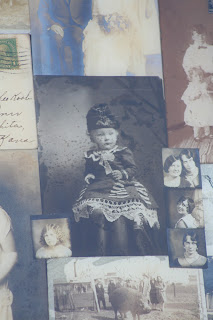 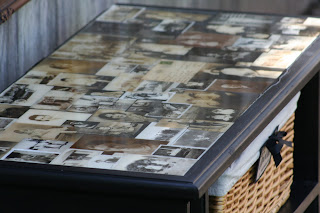 ﻿After all the pictured were glued down and in place 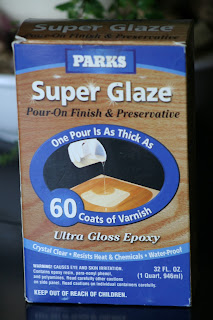 to the top to protect and seal all of my pictures.  This stuff is awesome.  Its like shiny liquid glass! 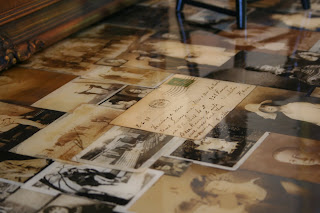 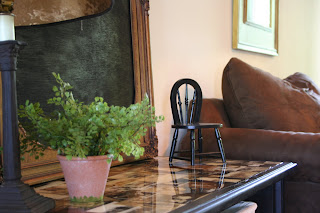 This shot really shows off the thick SUPER glossy finish! 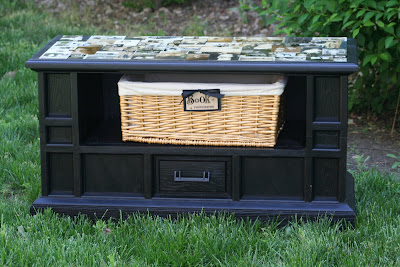 I put a basket in the empty space. 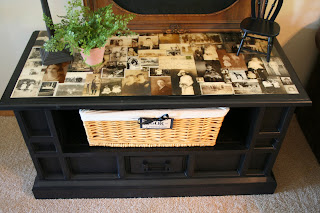 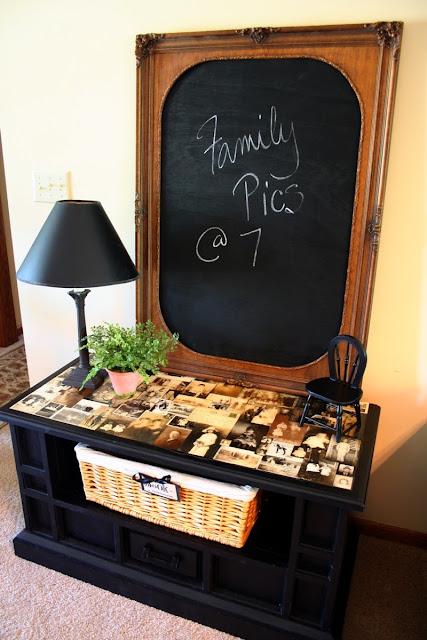 I will now have a one of a kind family heirloom
covered with my ancestors preserving thier memory.
It is so cool to look at all of them and
think that they are my relation some how.
﻿

Thank you for stopping by. PLEASE LEAVE A COMMENT. I LOVE your Feedback!

Amy Gilman and Emily Lee (Sisters of the Wild West)
WICHITA, KS, United States
We are two sisters that love to craft, create, sew, redo, redecorate, glitter, and paint every chance we get...but with 11 children between us there are always interuptions. Please share in our adventure.